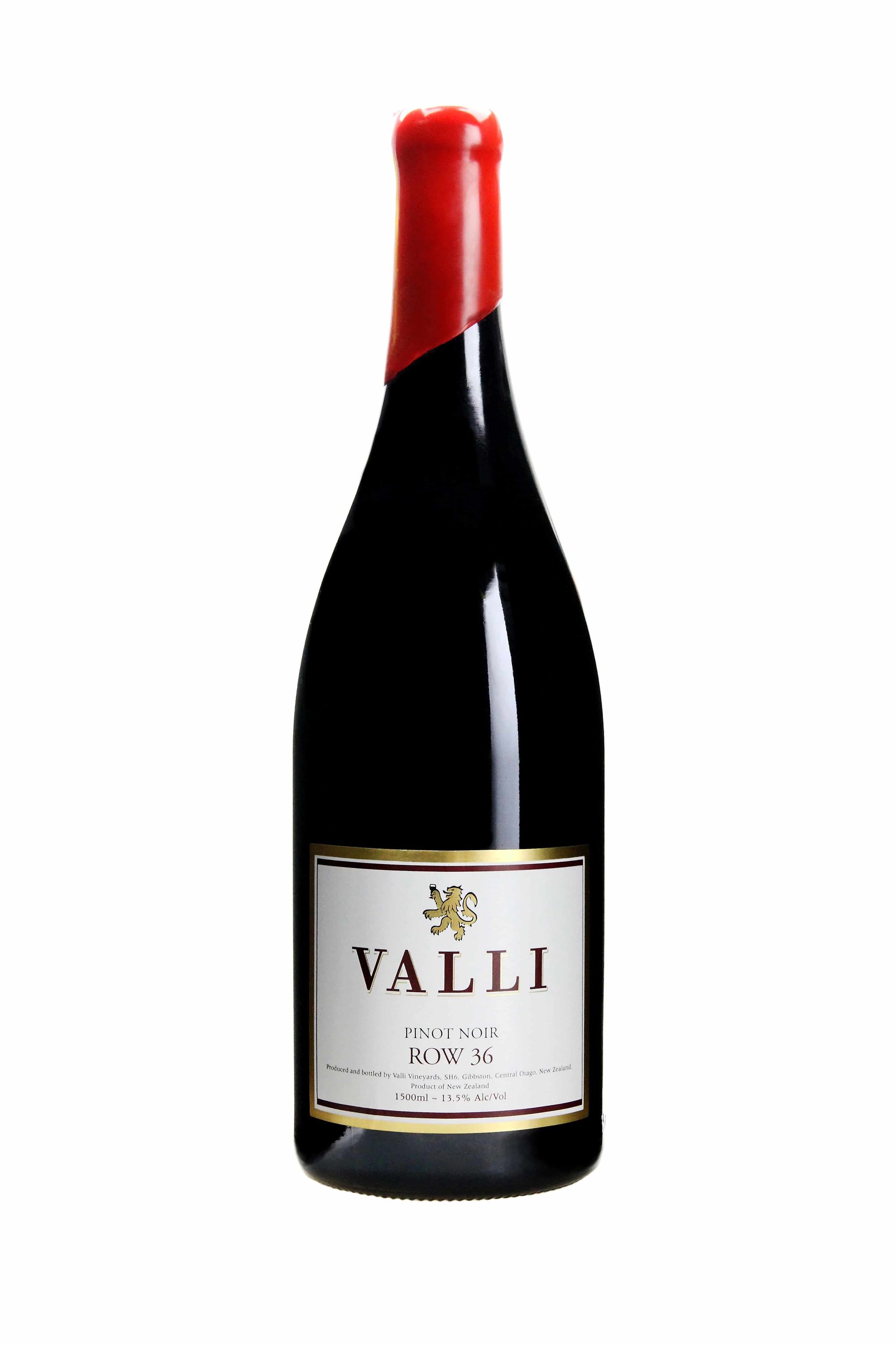 "To ensure the best fruit possible, the Valli estate vineyard in Gibbston has been planted with true North-South orientation, guaranteeing equal sun exposure and perfect uniformity of ripeness. Consequently the vineyard is diamond-shaped, with shorter rows on the sides and the longest in the middle. This longest row is number 36, also called the 'thinking row' because when working in it there is more time for the mind to wander and come up with ideas. (It can be a very dangerous row.) For harvest 2007 I had the help of Josselin de Gesincourt (New Zealand Sommelier of the Year, 2007). While picking row 36, Josselin decided it should be made separately, bottled in magnums and labelled 'Row 36'. However, from a winemaking and wine quality point of view this was not practical.

Joss was not to be dissuaded. Wanting to get on with harvest, an agreement was reached: I would make the wines (after all I am the winemaker), but before blending he would get to taste every barrel. If his favourite barrel was the same as mine it would be bottled separately in magnums and labelled 'Row 36'. Thinking that would be the end, and that all would be forgotten, I was in for two surprises. First, Joss turned up 10 months later to taste (and my best efforts to sabotage his memory only ended up with a seriously depleted cellar). And second, when we each revealed our favourite barrel, secretly written down after tasting over 30, we had both selected the same one!