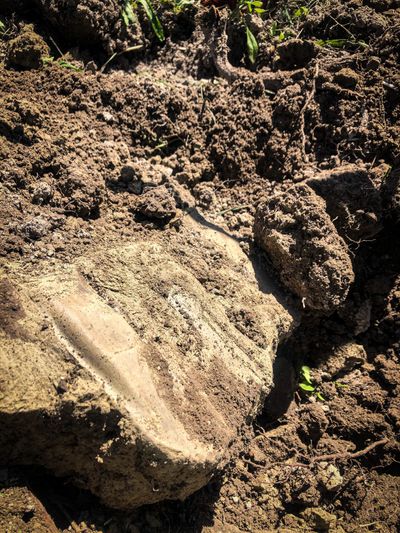 I was recently asked to co-host a webinar put on by New Zealand Winegrowers as part of their inaugural virtual New Zealand Wine Week. You can view the webinar on YouTube here.

The panel was led by New Zealand's only Master Sommelier Cameron Douglas MS. The rest of the panel was comprised of an all-star cast of New Zealand winemakers:

The discussion was deeply informative on the soil and geography in New Zealand and how that pertains to winegrowing. For those of you who are so inclined, I am paraphrasing the topics below, with regard to VALLI's winegrowing area.

Greywacke (a sedimentary soil) is the base layer of New Zealand. It metamorphosises into schist from the pressure and heat from tectonic movements. On the whole, New Zealand soils are viewed to be 42 million years old - which is considered youthful. However the schist rocks of Central Otago are greater than 250 million years old!! The mountains built from these rocks were mostly formed 8 million years ago, but it is really the glaciation of the last 2 million years that created the grape growing surfaces of the region. Scientists have found the remnants of Lake Manuherikia, which covered most of Central Otago over 15 million years ago when the climate then was quite tropical. It is on the younger soil surfaces that grapes are grown (20,000-700,000 years old). Consequently, our soils are still developing their profiles. These youthful soils have low amounts of clay (a key material in retaining moisture) so they are usually free draining – particularly if lacking in loess, or wind-blown silt.

Gibbston was created by the same glacial movement as Chinaman’s Terrace (Bendigo) over 700,000 years ago. However there have been no glacial movements as far as Gibbston since, whereas there have been in the Cromwell basin. This soil age and accumulation of loess is why Gibbston soils are so fertile. Our site in Bannockburn was also formed by the glacial movement in 700,000 but other areas of Bannockburn aren’t as old. Felton Road (Estate) is from the middle age, and Carrick is from younger formations. [Side note: our area of Bannockburn also needs to take into account the activity of the miners and how that altered the soils.]

Waitaki is from younger soils but also has a mix of sedimentary and limestone as well as river gravels. Limestone is greater as you move up the hill (which is also true in North Canterbury).

The semi-continental climate and semi-arid soils of Central Otago are unique to New Zealand. They range from dry to very dry (except for Gibbston and Wanaka which have a little more rainfall). Waitaki generally has less rainfall than Gibbston.

Because there is less rainfall, there is less leeching. Pedogenic lime (Calcium Carbonate) is a result of the dry climate. Pedogenic literally means “soil created.”. It is chemically the same as marine origin limestone (like the Waitaki) but it comes from the weathering of schist vs marine fossils. Over 10s or 100s of thousands of years, the lime builds up and can cement the sediments together.

The older the soil, the more time there has been available for weathering and release of nutrients and creation of clay particles. This is the creation of soil horizons. The formation of both pedogenic lime and clay takes time.

I can only feel like this is the tip of the iceberg in this soil conversation, and certainly welcome your questions should you want to know more.