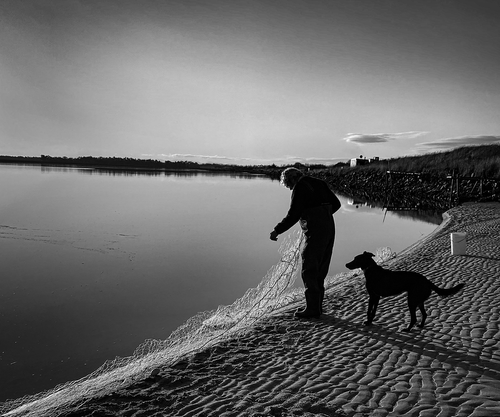 Thiefy: A special wine for a special Pup.

We can thank Jen Parr for the “Thiefy” wine. You may well remember the “one off” wine to immortalise her beloved dog Missy. In Jens exact words:

“Grant you know I have never wanted to make my own wines as I consider what we make at Valli to be mine as much as yours, BUT I would love to bottle a small amount of something special to remind me of Missy”.

That request came with a PLEASE, spoken in capitals along with the statement that it would be a one off. How could I say no?

A little over a year later, this time it was an offer, not a request.

“Grant we have a couple of barrels of stunning, classic Waitaki Pinot Noir that if you wanted we could label in honour of your new dog Thiefy as she came from the Waitaki”?

Unlike the previous years “request” there wasn’t a moment of hesitation before saying yes. Trying to understand why that “yes” came out so fast, a couple of reasons presented themselves:

First, the very satisfying feeling of handing over a cheque for a significant portion of the profits to Pound Paws Animal Rescue and realising we could do that all over again.

Secondly, recognising that at some stage in the future this wine would be in our lives long after Thiefy wasn’t, and with each bottle opened memories of her will return.

I admit it: This is a wine we made for ourselves, but that doesn’t mean we can’t share it and you can’t enjoy it as well.

Thiefy, previously known as Phoebe, was an unwanted, mistreated one year old “rescue” pup we adopted through Pound Paws in Oamaru.

She is part Collie (the world's most intelligent dog, you can google for confirmation). We don’t know what the other half is, but whatever it is google must be wrong as she is smarter than any 100 % Collie I know.

As two of our neighbours have dogs named Phoebe the decision that along with a new life there would also be a new name was an easy one to make.

But what name? We thought she should decide herself, and that didn’t take long. After collecting her from North Otago, the first stop was for her was to meet Nicole (after all the 3 of us would be sharing the same house.)

Nicole was in her friend’s wool shop, I took Thiefy in, where she headed straight to the balls of wool, put her teeth around an orange one and headed right back out the door, simultaneously identifying her favourite colour and herself as a little thief.

Next stop was home, more thievery, this time it was the cat’s food. It didn’t stop there. Being early autumn it was time to fill the wheelbarrow with fire wood and as fast as I was bringing armfuls inside, she was stealing mouthfuls to take away for latter chewing. We did have warning though, as her doggie tinder profile at the rescue centre said her favourite game was stealing the other dogs’ toys.

What she really has stolen though is our hearts.

While it’s not possible to describe on a wine label or in a blog post how much pure joy we have had watching Thiefy turn into the dog she is now and of the absolute pleasure her company brings every day, it is possible to help many other dogs just like her. By purchasing this wine, you will help us do exactly that.