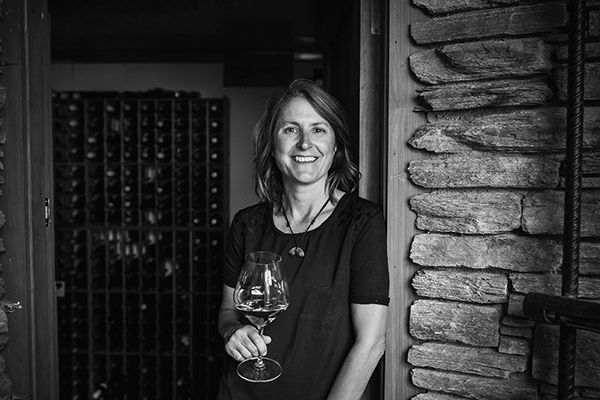 An Oregon native and graduate of Stanford University, Jen adds a depth of international winemaking experience including in the USA, France, South Africa and Australia. She has completed 17 harvests in NZ and has completed 30 vintages overall.

Here in Otago, Jen was the head winemaker for Olssens (which went on to become Terra Sancta), from 2009 till 2014. Her wines regularly grace the pages of wine and food magazines, often making Top 10 lists. Prior to joining Valli, Jen received 5 Trophies for Pinot Noir and Pinot Noir Rosé including ‘Champion Wine of Show’ in 2012 where she was the first winemaker to receive the ‘Champion Winemaker Award’ at the prestigious New Zealand International Wine Show. Since joining Valli, our wines continue to receive top recognition and Jen was awarded the Winemaker of the Year as part of the NZ International Aromatics Competition in 2018 and nominated as one of six finalists in the Gourmet Traveller WINE New Zealand Winemaker of the Year in 2019. In 2020, she was nominated for a second time - but this time she took home the title of New Zealand Winemaker of the Year.

Beyond her commitment to making consistent, top quality, site expressive wines, Jen is very open-minded and inquisitive, putting her at the forefront of innovation and experimentation with skin contact Pinot Gris, fermentation techniques and earlier picking to preserve freshness and restrain alcohol.

Jen loves to share her tremendous passion for wine and winemaking, teaching others about wine and its endless potential for enjoyment. She is an accomplished Wine Judge and is very active in the local wine industry, having served twice as the Chairperson for our Central Otago Pinot Noir Celebration. She was one of nine Mentors nationally in the Women in Wine's Pilot Mentor Programme in 2018 and has been very involved with the organisation of both the National and Central Otago Winemakers Workshops.

No longer tempted by winemaking jobs further afield, Jen knows that her heart is here in Central Otago and she is fulfilled and inspired by working with the legend, Grant Taylor, to help craft what she believes to be New Zealand’s most exciting Pinot Noirs: Valli.